Skip to content
I was waiting for the bus and made a list of all of the sounds that I could hear.
Whooooshhh
Wheeeeeshhhh
Eatir tir tir tir
Ruuuuuve
Pirrrrrip pirrrrup pirrrrrup
Would you like to sit here
No I’m fine thanks
Eatirr tir tir tir
Whooooooph
Day day day day
Ridi di di doo
Mrrrrrrrrrrr
Pirrrrrrip pirrrrrip pirrrrip
Whooooosh
Wheeeeeesh
Eaday day day day
Eatir tir tir tir
Mrrrrrrrrr phwooop
Ting
Town please
Did you recognise any of the sounds?
There was leaves rustling on the trees in the wind; birds; traffic driving past; people speaking; a baby gurgling; and a phone.
It’s easy to write down the normal (onomatopoeia) sounds that we read about – such as a vroom of a car or a tweet of a bird. But does it always sound like that? I think we should open our ears more to what’s out there, and use new words to describe what we actually hear.
Advertisement

I’m no football fan, but when I went to see a game with my husband and son on my son’s birthday, I was surprised by how much I enjoyed it.

I find watching sport in real-life much more interesting than on the telly. It’s a bit like theatre I guess, with the feeling that anything can happen. There is drama and suspense, and someone might fall over and break their leg or something.

In case you’re interested, we lost. It was good fun though. And a few people did fall over, but no broken legs.

‘You’re embarking on a yearlong round-the-world adventure, and can take only one small object with you to remind you of home. What do you bring along for the trip?’

This is a prompt from this blog.

That’s a very difficult question. I would probably take along a recent family photo so that I could still see my husband and children every day. I would miss them like crazy.

I would also be tempted to sneak in my Bible, which would help to keep me sane.

As some of you know, this year one of my New Year’s resolutions was to start working on my handwriting. This is something I have wanted to do for some time, and I had read some interesting articles on the loss of cursive writing, so it seemed like a good time. As of now, I haven’t made too much progress, instead I have just been focusing on writing more and using cursive as often as possible. This alone is already helping to improve my writing. Just as my attention to this goal was starting to slip recently, Anne Rice started posting a couple of articles on handwriting and some of the benefits of writing with pen and paper. So I thought I would pass these on to you, and hope that maybe it inspires someone else to join me on my handwriting improvement. 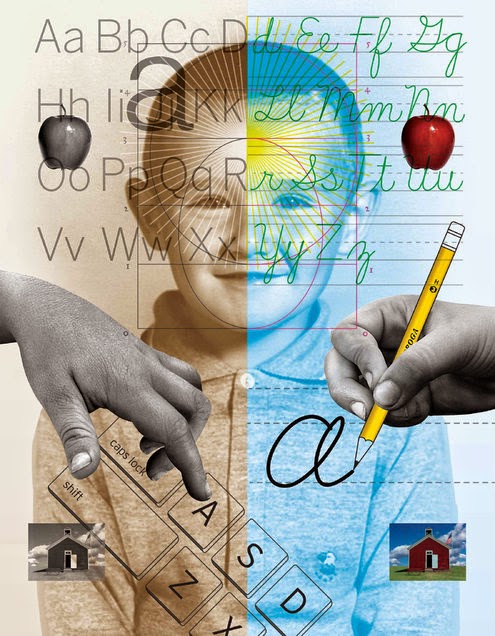 The first article is…

Try this word storm from Writers’ BLOCKbusters to help you put the first word on the page today.

Look at the three words above and, without thinking, write the next words that come into your mind. Write until you can think of no more words, you may have 10 words or 50. Allow the words to come into your mind without prompting, they will seem unrelated to each other.

Now use these words as inspiration to move you onwards. You should find that your mind has taken you way beyond the subject of ‘lament’ and that you write about a completely different subject.
© ‘Writers’ BLOCKbusters’ by Sandra Danby

We moved into the house in Oribi Road when I was about 11. There was a badly-dug small pool with far too much chlorine in it. After we moved in, Dad soon turned it into a beautiful well-made larger version. I loved that pool. Summer lasts about 10 months in Pietermaritzburg so we really appreciated it. It got up to about 40 degrees Celsius at the height of Summer. On those days we couldn’t stay outside too long, even in the pool.

As far as I remember, there were two trees in the yard. One was an orange, and one a mixture of lemon and orange – literally two types of tree were grafted together. I guess you could call it a lorange or oramon. We sometimes made fresh orange juice with the fruit but needed to add loads of sugar to make it drinkable.

Around the back of the old servants’ rooms (two small bedrooms and a not-very-nice toilet block) was where Dad had his vegetable patch. He grew all sorts there, and very successfully too.

Sometimes when Dad was gardening, he would come across small snakes. He would chop their heads off with a spade (there are many poisonous kinds in South Africa). I liked to play with the smooth dead bodies. They were pretty cool. When my brother and I played hobos in the garden, I would light a fire and burn the bodies. Or anything else that was to hand. Sometimes marshmallows.

When we first moved in, the servants’ block was filled with junk and random furniture, and we used it as a den. My cousins would come round and we’d play armies in there. Being the oldest of the group, I was leader or co-leader most of the time.

When we got lovebirds, they lived in a large aviary along the far wall (furthest from the house.) They needed to be far away because they were so loud. We also kept guinea pigs in the yard, much closer to the house. I loved my guineas. The cats would sit on top of their run and keep a close watch. But if we took the pigs out and showed them to the cats, the felines would scarper. Most amusing.

We had three cats and a small naughty dog called Thomas. He belonged to my brother but adored Mom.

There was a gate outside the old servant’s quarters toilet block. You could climb to the top of it and then carefully position yourself on top of the outside wall (about 7 foot high). From there you had a great view over the neighbourhood. All houses are single-storey, so you don’t usually overlook your neighbours. The neighbours on one side had lots of lush vegetation, so you couldn’t see much anyway. But you could see surprisingly far. The neighbours on the other side had a huge pool and two large unhappy dogs who I never saw being walked or petted. I felt sorry for them – they were obviously seen only as guard dogs and not pets. They barked a lot.

I spent a lot of happy times in that garden. In the evening it was lovely to just go and sit in it and look at the stars. You could hear the crickets at night. I missed them when I moved to the UK.

When it rained, it did a proper job. You would get drenched in seconds. It didn’t rain often, so I enjoyed standing outside and feeling the warm drops pummelling my skin.

The thunderstorms were amazing. We would count between the lightning and thunder to work out if it was moving towards us. We felt so small and vulnerable against the might of creation. It was liberating. The thunder shook the windows and sometimes lead to a power cut. All the torches and candles would come out.